I hardly ever remember the moment I fell in love- I do, however, always remember when I fell out of love. Not only do I remember when I fell out of love I also remember what I was wearing, where I was, what the air smelled like, the feeling of blood rushing to my face, the utter heart break, despair, sense of panic and anxiety. The strange thing about it is I have a strange habit of falling and staying in love long after the break up.
Little Miss Lesson Learned (LMLL) and I had been broken up for nearly 3.5 years when I finally fell out of love with her. The shit hurt more than our actual break up. I no longer have a shred of respect for her and that’s fine- cause I doubt she cares. I’m sensitive and I take all relationships seriously. DAB (Down Ass Bitch) is and always and will be greater than JAB (just a bitch) and a DAB can be moved to JAB, yet, a JAB will NEVER become a DAB (no promotions after demotions). When I fell out of love with LMLL it was a randomly warm day for December in Atlanta. It smelled like pizza (cause of where I was) my mouth was suddenly filled with the taste of every lie she had ever fed me (yes they have a taste) before, during and after our relationship, it felt like a battering ram knocked me down. The shock was only comparable to the first time she hit me in my face.
Little Miss Wrong Timing (LMWT) and I had been broken up for nearly 5 years when she laid some news on me that toppled her from her petal stool causing me to fall smooth out of love with her. Oddly enough I had no clue I was still In love with her while dealing with LMLL (I know-SHITTY but that was before I learned to heal and deal…) What I can say is that LMWT never ever lied about the heavy news and it was so long ago It hurt just a tiny bit- like “hey man you stepped on my foot!” It smelled like lavender and vanilla (my plug in), I tasted confusion (like a jelly bean that could be key lime pie but instead was booger flavored)- but I was ok.
Falling out of love is the pits. For me falling out of love is much like when Alice falls down the rabbit hole in Alice in Wonderland. There’s a whole bunch of useful shit but when you have no use for it. I’m done talking about the past. I’m in a happy space with a happy woman.
My feelings are better expressed through song (sorta) The visual is more relateable. 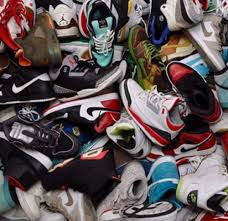 I love a girl with a MEAN shoe game 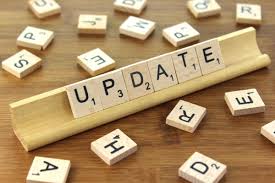